Seeing excitement on Twitter and photos on Facebook of the Edinburgh Book Festival reminded me of the only time I've been to Scotland. It was 20 years ago, I was six months pregnant and we spent a few days in Edinburgh before going to stay with my sister in Falkirk.

We loved Edinburgh. We took in the sights and I managed to climb the hill to the castle, but we spent most of our time at the festivals, watching comedy shows and visiting book tents. We went to one literary event, a discussion about female sleuths between crime writers Antonia Fraser and Sara Paretsky, who was one of my favourite authors. I still have my signed copies of their books.

We left Falkirk swearing we'd go back soon. But just six weeks later I gave birth prematurely to Son 1 and not so long after Son 2 was born my sister and her family moved back to England. I never got to go back, to either Scotland or the Edinburgh Festivals.

But I will. Maybe next time as an author.
Posted by Cathy at 6:19 PM 4 comments:

A few days ago I was honoured to receive a blog award from Miriam. You can read all about the Liebster award on her blog.

I'm supposed to pass it on to five bloggers I consider to be friends, but you are all very lovely and I really can't choose from those on my blogroll and more.

So if you'd like it, please help yourself and read how to pass it on yourself over on Miriam's blog, where she has described the purpose of the award so beautifully.

(Yes, I know I'm being lazy. And it's just reminded me that I really must update my blogroll...)

Talking in the powder room

I've got a short article on In the Powder Room today. It's a personal piece about how we found out that Son 2 has autism, but it's also very pertinent to some of the themes of my first novel, Walking on Tiptoe (which isn't about me, honest!).

You can find my article here.
Posted by Cathy at 11:58 AM No comments: 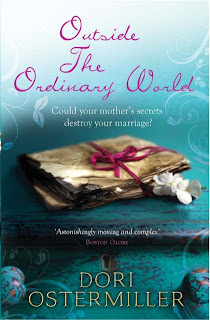 (Thanks to MIRA for giving me the opportunity to review this book, which is released on 17 August)
Posted by Cathy at 11:34 AM 5 comments:

This week in London

I've lived in London for nearly 30 years and this week, for probably the first time, I was ashamed of my adopted city.

I'm sure there will continue to be be many inquests about what happened and why, but nothing can excuse the behaviour we've all witnessed in the media. The furniture store in Croydon, owned by the same family for nearly 150 years, razed to the ground. Young men clambering over roofs in Peckham (I believe). Not, as I first thought, to vandalise the buildings but to escape a ferocious fire raging in a shop below. A woman jumping from a window to escape flames. A young student, recently arrived in this country, physically attacked but then mugged by men who seemed to be offering him assistance. The video went viral but I find it just too distressing to offer a link. Looters stripping stores bare and running off with expensive trainers and electrical goods. Small shopkeepers staring at the wreckage of their livelihoods in tearful disbelief, families left homeless.

My husband worked in Camden for many years and we've both lived in Hackney. We know those boroughs well. Their quirky charm comes along with all the usual problems of inner city areas, but we've seen nothing on this scale before. The police seemed to be initially caught off guard when trouble kicked off in Tottenham and there was a total lack of political leadership in London for a few days. It is truly scary and saddening that the violence and looting spread so quickly to other areas and other cities in apparent copycat actions.

But some good has come out of it. The subsequent use of social media, not to incite riot but to organise clean-up operations, was impressive. Communities are pulling together and, thank goodness, the race card is not being played much. Perhaps the most impressive and moving response so far was the dignified speech yesterday by Tariq Jahan the father of one of the young men fatally mowed down whilst protecting their community in Birmingham.

Here in our borough there was heavy policing from Monday evening onwards. Shops and leisure destinations were closed early and I believe the main tube station was shut for a while. Any attempts at causing trouble in the town centre were peacefully repelled. We've had a lucky escape so far but the week has left a very nasty taste and an undercurrent of fear.
Posted by Cathy at 5:22 PM 4 comments:

We are just over one week into Son 2's summer holiday. Now we are lucky, because he gets a shorter vacation than most, four and a half weeks rather than the normal six, and we do have some respite. He will be attending a local special needs playscheme for two days, that is ten hours, a week.

Those hours are precious. They give a chance for us to recharge our batteries, for me to write. In the past I had to try to fit my own errands, as well as fun for Son 1, into the precious free time. It's easier now there are two of us around and of course Son 1 is independent, apart from the occasional lift.

Son 2 just doesn't do going out. He likes routine and familiar places, such as the playscheme which he has attended for years, but he has a huge fear of the unknown which permeates his life, whether at home or at school. This, of course, affects the whole family. For years now holidays and even day trips have proved impossible. We tried, we really did, but having to put your child through what is for them a form of torture is no fun for anyone, including innocent members of the public who happen to witness the resulting distress. As a child gets bigger the expression of anxiety becomes less socially acceptable and more difficult for carers to physically handle. And as children get older they can and should make their own decisions about what they want to do as leisure activities. But it is something that other parents, even those with differently affected special needs children, don't always easily comprehend.

Of course this time next year Son 2 will be under the adult social services team. His playscheme is run by a children's charity and not linked to his autism-specific out of borough school, so he may have nothing and that is a worry. It would be lovely to think that with maturity he will become more adaptable, but I seriously doubt that will happen.

For now we are spending our summer largely bunkered up in our own house and occasionally, as long as Son 2 can't hear any emergency sirens, the garden. I try not to get into conversations with friends about their wonderful holidays and fun camping trips. And I take vitamin D tablets to try to counter the lack of sunlight which is implicated in MS.

There seems to be an agoraphobic tendency running down my family, though thankfully one I escaped. We've developed our current approach to the summer holiday in order to preserve Son 2's mental health and existing behaviour levels, as a deterioration in those would affect us all year round, as well as his potential adulthood care. It's worth it.
Posted by Cathy at 10:37 AM No comments:

The BBC reports today that small charities are fighting for survival due to the loss of funding from local government.

I've worked for and with several local charities over the last twelve years on a voluntary basis and I know this is true. Many of the services they have offered in the past have been partially or wholly funded by grants from the local authority from various pots of money. Funding from central government to local government has been drastically reduced with the inevitable knock-on effect.

There are of course other sources of funding such as the Lottery, the big media-promoted annual fundraisers such as Children in Need and various trusts. Each one requires a not only a stringent project proposal and budget but also a carefully worded form. Many charities will need to apply for pots of money from several different funders to keep a service afloat.

It all takes time and many small charities don't have a member of staff dedicated to such fundraising. Charities are struggling and some are merging with another compatible local organisation to reduce core costs (admin expenses, rent etc). Valuable community services are closing down due to lack of funding, staff are losing their jobs and it looks as though things will be much worse in the next financial year. So much for the Big Society.

I'm currently starting to work on funding bids with one local charity I know well. It's a side of business writing I hope to do more of in my future as a freelance writer, because it draws on both my writing knowledge, my Open University studies and my previous career as an accountant. I've served my time as a charity volunteer, now I hope I can sometimes use my skills to help others as part of my work.

Of course I'm not giving up the fiction, just broadening my writing horizons.
Posted by Cathy at 1:39 PM 1 comment:

The river flows on

I posted my final small stone for July this morning, as I forgot yesterday. How annoying not to have fitted them all into the calendar month, but at least I did create a small stone for each day.

If you want to see how I got on you can find all my small stones here and I intend to carry on posting small stones there as and when, so do check back from time to time.

Just a reminder, you can find all my original small stones from the January river of stones here, on this blog, under the aros label

And many thanks to Fiona and Kaspa for creating the river of stones. Why don't you take a look at what else they have to offer?
Posted by Cathy at 2:41 PM No comments: