On Sunday I will be hosting a leg of the very lovely Cally Taylor's blog tour.

If you haven't already read her debut novel, Heaven Can Wait, then I suggest you get down to the shops now. I don't often read chick lit nowadays, and I've never before read supernatural chick lit, but I devoured this book in two days. It's a beautifully written, light read which made me both laugh and cry and has an ending I didn't see coming. I'm now looking forward to Cally's second book...
Posted by Cathy at 9:12 AM 1 comment:

This week I was loving Jamie. I always judge my favourite performances by whether I seek them out on the internet to view again and this was the only one.

I felt desperately sorry for Rachel, I don't think she has been given decent songs or much TV coverage. I hope that will be remedied for next week because actually she is a good singer who doesn't deserve to be in the bottom two so early.

The twins, well what can be said? They shouldn't still be there, yet they will probably survive until somewhere in the middle of the series because they make us laugh. Not in a good way.

PS. Whitney. Wardrobe fail and was she on the same as Robbie last week? Eek.
Posted by Cathy at 9:40 AM 6 comments:

I never was particularly a fan of Boyzone. Like Louis Walsh's other band Westlife, they were wallpaper music to me. Never offensive, I liked a few of their songs, I even knew the names of at least some of the band members, but that was as far as it went. So when I heard of the sudden death last weekend of Stephen Gately I was sad, not so much because Stephen Gately himself had great meaning to me but because any death at the age of 33 is a tragedy.

So I was disgusted on Friday to be led, via lovely Twitter friend Keris, to the most odious piece of journalism I think I have ever read, written by Jan Moir in The Daily Mail. I was not the only person to feel disgusted by this piece of gutter journalism. Over 1000 complaints were made to the Press Complaints Commission (including mine). The PCC website crashed. At some point during the day the Mail changed the title of the piece from the original wording 'There was nothing 'natural' about Stephen Gately's death' and advertising on the web page was removed, presumably at the request of the advertisers who included Marks and Spencer.

So what was it about this piece which offended so much? Well it was clearly homophobic (though Jan Moir, in a subsequent statement full of self delusion has denied this). It was inaccurate. Yes, apparently healthy young men can just die suddenly, it is medically recognised as Sudden Adult Death Syndrome and such heart problems apparently ran in Gateley's family. It gratuously brought in the recent death (by suicide) of another young gay man who had been in the public eye but whose passing had nothing to do with Gately. The whole piece intruded on the dignified grief of family and friends and was even published the day before Stephen Gately's funeral.

I've been thinking a lot about journalism recently, because I am considering dipping my toe into the water of that area of writing. I know that writing for a paper or magazine is not as straightforward as it might look and opinion journalism must be particularly difficult. The challenge to find, on a weekly basis, something that will grab the attention of the public and sell papers, without offending a large minority must be difficult. But this piece managed to offend in so many ways and this was recognised by so many people. It is even being reported today that a complaint has been made to the Metropolitan Police.

We do, of course have free speech in this country, but the flip side of that is that those who express strong opinions in such a public fashion must be able to take the consequences of others also expressing their views by putting in formal complaints. This was no organised internet campaign, as Jan Moir suggests, but the result of a large number of people who were offended by her column taking action and discussing the issue online. The result of free speech in the digital age.

Let's hope it makes a difference. But don't hold your breath. One of the leading lights of the PCC is Paul Dacre, none other than the editor of The Daily Mail...
Posted by Cathy at 7:36 AM 5 comments:

I've just read this article and found myself nodding in agreement.

Autism is certainly much more acknowledged and much more diagnosed than it used to be, but services haven't kept up. We too will be faced with looking for an adult placement for son 2 in the next couple of years, and even now it is hard to see where he will fit in. He is severely autistic, but not as challenging as many and could be very vulnerable amongst bigger, more physical severely autistic adults. Yet at the same time he is nowhere near able enough to be amongst high functioning autistic people.

I'll stick my head back in the sand for another year and hope that services haven't had all their funding cut by the time I pull it back out again...
Posted by Cathy at 3:32 PM 6 comments: 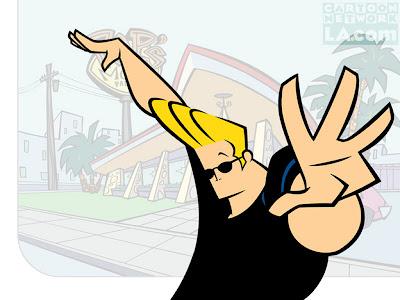 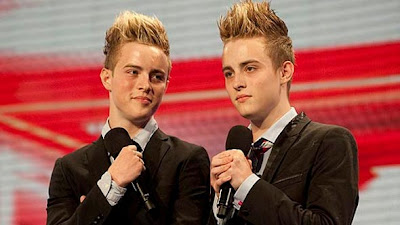 I never believed that things happen for a reason. But the way life is going at the moment I might just start to change my mind.

It has been another rollercoaster week. Yesterday Hubby's business formally went into voluntary liquidation and on Thursday he had signed on, a soul-destroying experience in itself. Then last evening I received the best possible news, that my flash fiction piece was one of the winners in the Tonto Books short story competition and will be appearing in the forthcoming anthology Even More Tonto Short Stories.

I have to be honest, I almost didn't enter the Tonto competion. I was aware of it, of course, as it was mentioned on many writers' blogs. I had looked at my meagre amount of unsubmitted work, but I knew Tonto like edgy prose and I didn't think that I had anything which could even be knocked into that shape. I was also entering into my first major MS relapse at the time, looking for a diagnosis and feeling pretty shitty, so I decided to pass on the competition. It wasn't until the end of July, when I heard the deadline had actually been extended by a couple of days, that I suddenly changed my mind.

I sat in a coffee shop and wondered if I could conjure a piece of flash fiction from somewhere. I knew a longer piece would not be completed in time, as I was suffering from very bad double vision due to the MS. But what could I write? I scrolled through my MP3 player and suddenly decided to start a series of flash fiction pieces based on old song titles. I listed a few possibilities in my notebook. Then I went home and started to write. Two days later, on the competition closing date, I submitted 500 words to Tonto. I had little hope of success and was feeling rather guilty about paying an entry fee knowing our financial circumstances were about to change (though the fee was only to actually purchase the book, so was entirely justifiable!)

I wonder why that particular piece succeeded? Perhaps it was because I wrote it very quickly and didn't have time to edit to death. Perhaps some extra depth came out of being very ill at the time of writing. But most likely it was just luck, that my piece appealed to the judge in some way and worked well alongside others selected. I'll never know, of course. I guess it is a lesson that we have to learn as writers, that there can be so many almost random reasons for success or rejection. I guess too that is why we need to grow thick skins.

Right now I feel as if the parts of our lives have been thrown up into the air and we are just waiting to see how they will land. It is scary but at the same time exciting, and as the Tonto result shows, anything might happen. Perhaps it is all for an as yet unknown reason.
Posted by Cathy at 8:26 AM 9 comments:

On Saturday I did something I never expected to do. I had my photo taken, at a photographic studio in London.

People who know me understand that I have something of a phobia of the camera. I know I'm not the most photogenic person in the world and I prefer to stay firmly behind the lens. So this outing was not something I would have arranged myself.

Let me take you back many months. I received an email from my sister saying that she'd signed up for a photoshoot session and would I like to go along with her and my niece, the aim being to get a really good group picture to give to our parents for Christmas (don't worry, they won't see this!) Although my first reaction was to panic, it wasn't that hard to persuade me. I then left it to my sister to arrange a date.

Several months passed and no date had been arranged. When we did manage to find some mutually convenient weekends, it was always too late to make a booking, but eventually we got a date sorted in July. And then I became ill. My sister kindly rearranged it for this weekend, the last possible date before she would lose the deposit she'd paid upfront.

So there we were having our make up and hair done and our photos taken in three different outfits. At the end we had a large number of shots to choose from and we narrowed it down to twelve to purchase (the cost prohibited us taking any more). My niece turned out to be wonderfully photogenic, a real natural. My sister fretted about her make up. I thought she looked beautiful, but she doesn't usually wear any so she felt strange. I was just glad to get a few decent shots of myself.

Actually one of my shots is excellent and I'm saving it for now, but it would make a great author photo. Another I have already posted on my website. A third I have cropped from one of the group shots. And most importantly, we have some great pictures for Mum and Dad...
Posted by Cathy at 2:03 PM 7 comments: